Today is National Black HIV/AIDS Awareness Day—a day for HIV advocates, healthcare workers and communities infected and affected by this disease to take stock of our successes and failures, and honor those we’ve lost along the way. It’s also an important moment to imagine and lay the groundwork for a future in which Black people can live without the fear of transmitting or contracting HIV. 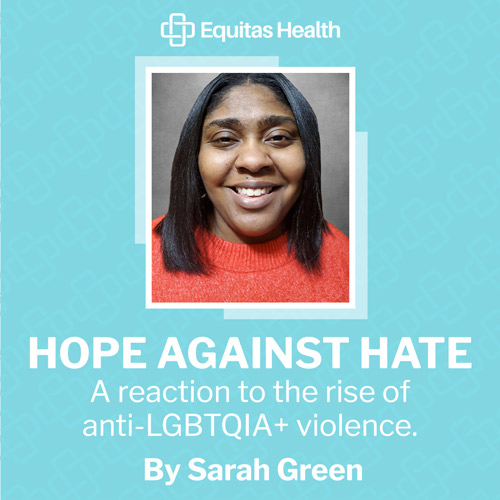 In Columbus, our future and past are wrapped up in a small center started in 2011 at Equitas Health (then AIDS Resource Center Ohio) by Malcolm Varner, Ronald Murray, Kyla Booher, and myself to address the increasing HIV and STI rates among Black and Latino gay and bisexual men.

(affectionately known to most as GCMC) when Equitas Health received a 5-year grant from the U.S. Centers of Disease Control and Prevention to create and run the center. GCMC was based on the science of the day: the Mpowerment intervention developed by researchers at the Center for AIDS Prevention Studies at the University of California. The intervention reduces the rate of HIV infection among young gay and bisexual men through imbedding culturally competent sexual health education and testing into social events, safe spaces, and peer advocacy.  When we started GCMC, we did not have the science and treatment that now puts us within reach of ending the epidemic. So much has changed in eight years.

Today we have the tools to make this the last era of HIV, but only if we let go of assumptions developed in previous eras and open ourselves to radical shifts in strategy.

The prevention tools of this era—the tools that can actually get us to zero deaths and zero transmissions—are largely medical. The science of U=U (undetectable=untransmittable) teaches us that people living with HIV who are taking their medication regularly cannot pass on the virus to sexual partners. We can stop HIV in its tracks by making testing routine and treatment accessible. The science of PrEP (pre-exposure prophylaxis) makes it possible for people at high-risk of contracting HIV to live risk-free by taking a daily pill and engaging in minimal routine medical care.

As we begin to use these medical tools to build this last era of HIV, we must first make the transition from creating safe spaces for same gender loving men of color outside of the medical setting to transforming the medical setting in ways that are radically inclusive of those most at risk of HIV.

And so it is with a heavy heart, yet immense excitement for the future, that I announce the Greater Columbus Mpowerment Center will close on April 30, 2019. Staff and resources currently devoted to GCMC will be redirected towards our new HIV and Racial Equity Initiative that will work to dismantle the structural oppressions in healthcare that keep the modern day prevention tools from reaching marginalized communities.

Closing GCMC was not a decision I came to lightly, but I truly believe this shift in strategy is necessary to put us on course towards a future of zero-transmissions in the Black community.

The end is in sight, but it is not inevitable.

When I first heard these statistics, I wondered if all of our work had been in vain. But I soon realized these projections could only become a reality if we do nothing. They reflect the barriers we must dismantle if we are to reach the communities who need HIV prevention services most.

We have come a long way using the tools of Mpowerment to fight HIV in Columbus. Not only has GCMC helped stabilize the impact of HIV within Black and Latino gay and bisexual men in the region, it also provided possibility models and a safe haven for hundreds of struggling youth. But we still have a long way to go.

And we will only get there together.

As Equitas Health embarks on the HIV and Racial Equity Initiative, we call on all those who consider themselves HIV advocates, those who believe that Black Lives Matter, and those who hope for the end of this epidemic in their lifetime, to stand with us. Throughout 2019 we will host a series of community forums across the state in conjunction with various community partners to develop an ending-the-epidemic strategy that harnesses the tools of the era and is centered on those most affected by the disease. In addition, we will set up a submissions process for those who are unable to attend the forums, so everyone has the opportunity to contribute. We will also hold several events to honor and acknowledge GCMC’s past and present impact on the community. We hope you will join us.

How do we keep the 1-in-2 and 1-in-4 statistics from becoming a reality within Black and Latino gay and bisexual men in our community? As a proud Black gay man who’s committed the past decade of his life to ending HIV, it’s a question that plagues me daily. GCMC may be closing, but you have my word that the work of GCMC will never end.

I’m looking forward to crossing the finish line with each of you by my side. 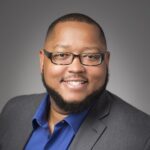 Dwayne A. Steward
Director of Prevention