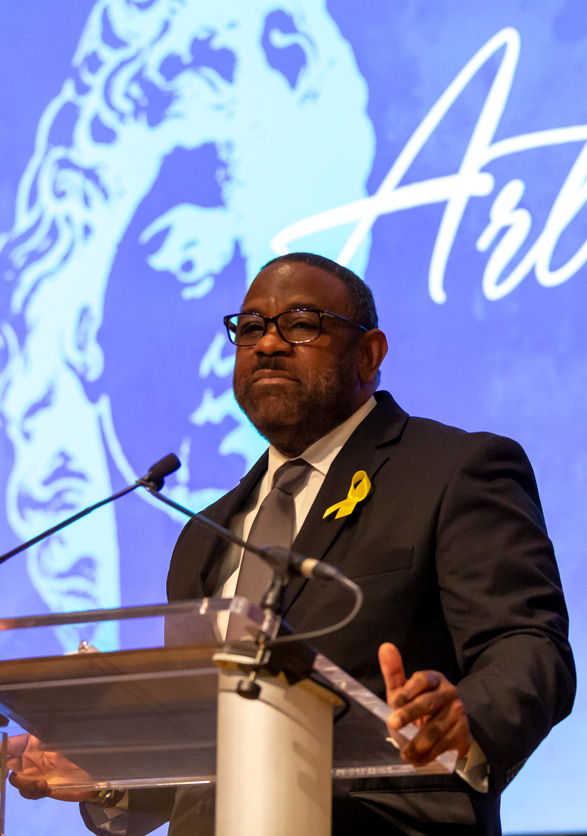 We are honored to have our work recognized by professional organizations, the press, and those we serve.

Equitas Health received the inaugural Outstanding Community Partner Award at Kenyon College’s Lavender Graduation for the Class of 2021, which honors the achievements of graduating LGBTQ+ seniors and outstanding work done on behalf of the LGBTQ+ community. This new award recognizes an organization that has supported Kenyon College’s mission of LGBTQ+ inclusion during the current academic year.

Dr. Michael Para, Physician and former AIDS Resource Center Ohio Medical Director, received the Lifetime Achievement Award for his 39-year career fighting HIV/AIDS through research, patient care, and education. The award honors the career achievements of a healthcare professional who has demonstrated exceptional leadership, knowledge, and commitment to their organization, patients, and profession.
Practitioner of the Year

Mimi Rivard, MSN, CNP-Lead Nurse Practitioner, was named Practitioner of the Year for her dedicated and compassionate stewardship of trans health services at Equitas Health. This award recognizes healthcare practitioners who provide exemplary care and advance the practice of medicine.

Julia Applegate, MA, Director, Equitas Health Institute, was honored by Equality Ohio for efforts to improve the health and wellness of LGBTQ+ communities across Ohio through health education, research, and community engagement. This award celebrates the impactful work of LGBTQ+ advocates in Columbus.

Equitas Health received The Dream Award for its generous and unwavering support of The King Arts Complex. The Dream Award recognizes organizations, business, and individuals that have significantly impacted The King Arts Complex and the greater Columbus area. Past honorees have included NBC-4 TV, Honda, Nationwide, Robert Lazarus, and Aminah Robinson.

Director of Pharmacy Services, Nick Saltsman, RPh, PharmD, AAHIVP, was honored as a distinguished UNDER 40 award recipient for his impact on the profession of pharmacy through the various programs and initiatives that he has developed at Equitas Health. The Ohio Pharmacists Association created the UNDER 40 Award to honor professional achievements and vision in the practice of pharmacy.

Dwayne Steward, Director of Prevention, and James Ferguson, Board Trustee, were named to Columbus Business First’s 40 Under 40, Class of 2019. Since 1993, Columbus Business First has recognized Central Ohio’s young talent through this annual program. Honorees are chosen for their outstanding career achievements and impressive community service.

Cate Berger, Director of Development, was honored by the Dayton Business Journal for her work raising resources and awareness to address public health concerns in the city of Dayton. Honorees are chosen for their outstanding career achievements and commitment to community service.

Luster Singleton, Mozaic, was honored by Equality Ohio for their outstanding and enduring career as an advocate for the transgender community. This award celebrates the impactful work of LGBTQ+ advocates in Columbus.

Trisha Pound, Clinical Supervisor, was named to the Newark Advocate’s 20 Under 40 for her commitment to improving the health and well-being of people living with HIV in Newark and the surrounding communities of Licking County. Honorees are recognized for their exceptional career achievements and community service.

Mikayla Robinson, Prevention, was named to Poz Magazine’s 2019 Poz 100 list for her work as a trans health navigator, an adviser to the Ohio Department of Health for the Prevention Assistance Program Interventions (PAPI) program, and for helping establish Mozaic, Ohio’s first community center for transgender and gender non-conforming and non-binary (TGNCNB) people of color. For its 10th Annual POZ 100 list, POZ Magazine celebrated TGNCNB advocates who are making a difference in the fight against HIV/AIDS.

Luster Singleton, Mozaic, was named to The Advocate’s 2019 Champions of Pride for their work on the team that opened Mozaic, Ohio’s first community center for transgender and gender non-conforming and non-binary people of color. The Advocate’s Champions of Pride is an annual list of activists, artists, politicians, influencers, and everyday people who are carrying on the Stonewall Riots’ spirit of rebellion in communities across the country.

Preceptor of the Year
Clinical Staff Pharmacist, Jacquelyn Risner-Kissel, PharmD, RPh, was named Preceptor of the Year at The Ohio State University’s Doctoral Convocation and White Coat Ceremony for her commitment to supporting those entering the field of pharmacy. Nominated by students, this award recognizes a preceptor who demonstrates a high regard for students and a strong commitment to teaching.

Volunteer of the Year
HIV Testing and Safe Point volunteer, John Ridge, was named Volunteer of the Year. The award recognizes an individual or individuals who make a positive impact by devoting time, expertise, and/or dollars to support local healthcare organizations, patients, and the community.

Equitas Health, as an organization, was also recognized as a finalist for the Pathway to Population Health Award This award recognizes an organization, company, or individual for creative and proactive efforts that reduce the incidence of disease and improve the well-being of communities.

Lifetime Achievement Award – Finalist
Michael Para, MD, Columbus Medical Director at Equitas Health, was recognized as a finalist for the Lifetime Achievement Award. This award recognizes a healthcare professional who has demonstrated exceptional leadership, knowledge, decision-making skills, and commitment to his or her organization, patients, and profession throughout their career.

In partnership with SocialVentures (formerly The Center for Social Enterprise Development), The Metropreneur recognized Equitas Health Pharmacy for its innovative social enterprise.

Agency of the Year – Ohio Chapter

The Agency of the Year Award honors agencies that best exemplify social work values in the field. Equitas Health was recognized for its Safe Point program.

EY Entrepreneur of the Year Award

Bill Hardy, President & CEO, was awarded the 2016 EY Entrepreneur of the Year Award in the Health Care and Technical Services category for the Ohio Valley (Ohio, Indiana, Kentucky) Region. The award recognizes entrepreneurs who demonstrate excellence and extraordinary success in such areas as innovation, financial performance, and personal commitment to their business and communities. Business leaders were selected by a panel of independent judges, and award winners were announced at a special gala at the Hyatt Regency in Cincinnati. Described by the awards committee as “Mission Obsessed,” Bill’s visionary leadership has helped shape Equitas Health’s transformational growth into a community health center.

Equitas Health has been selected as the recipient of the Equality Award presented by the Human Rights Campaign (HRC) Columbus Gala. The Equality Award is given to an individual or organization that embodies the passion and dedication of advancing LGBTQ equality that is central to HRC’s mission. It is the most prestigious award given by HRC Columbus. The award comes after Equitas Health was recognized as a “Leader in LGBT Healthcare Equality” by the national Human Rights Campaign, receiving a 100% rating on the 2016 Healthcare Equality Index.

Equitas Health was named one of the Five Nonprofits to Watch by the Columbus Foundation. Every year, The Foundation recognizes five innovative nonprofits that are poised for an exceptional year of growth and progress.

Equitas Health was selected as a finalist for the Ohio Association of Nonprofit Organizations’ (OANO) Excellence Award for the Southwest Region. Our Dayton Medical Center & Pharmacy was selected for demonstrated excellence with a project or program. Projects and programs were judged on effectiveness, creativity, and relevance to their mission.

Equitas Health was selected for Agency of the Year by the local chapter of the National Association of Social Workers in recognition of our agency’s outstanding contributions to Central Ohio, including Safe Point, which educates the community about safer drug use and fights the spread of infectious diseases. 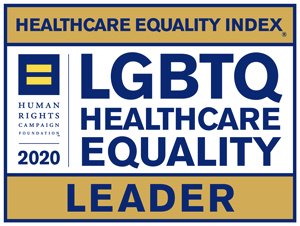 Be part of the Care for All team! Our medical, dental, mental health, prevention, and social work teams are hiring passionate people, like you!

Find out when your elected leaders are making policy that impacts access to care, LGBTQ+ equity, and racial justice.

Equitas Health has been serving the region since 1984. Learn about our roots, our present, and our vision for the future.

About Us about About Us

Meet out Senior Leadership team and Board of Trustees.

We believe in transparency and invite you to view our annual audited financial statements and annual reports.

Find contact information, press releases, headshots, and other resources for the press.

You have the power to impact someone’s health journey. Attend an upcoming volunteer training! 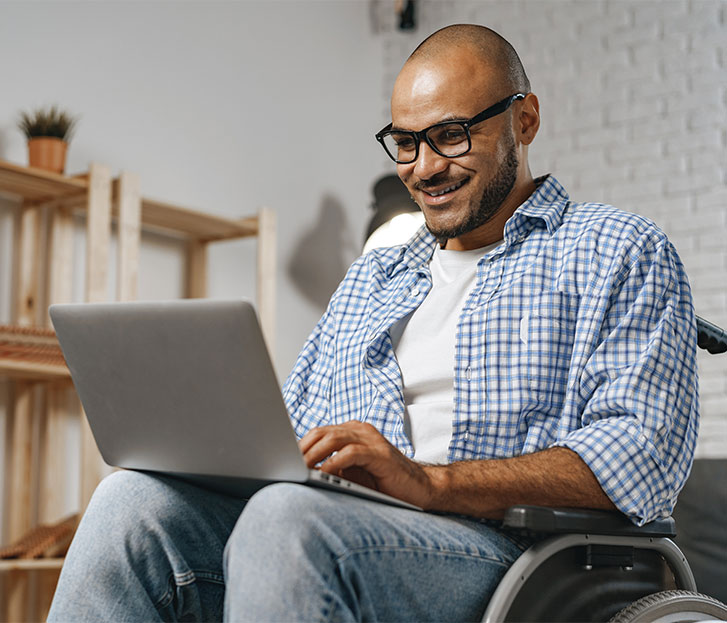 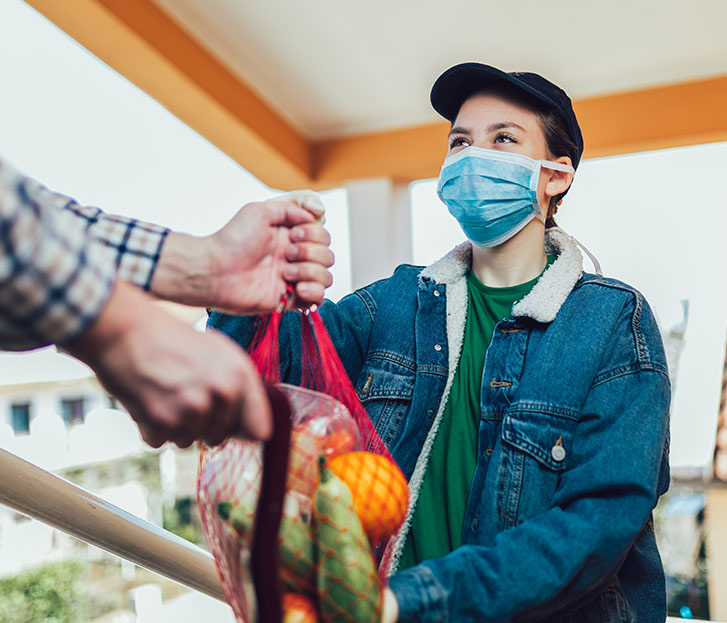 Your Gift Makes a Difference

When you give to Equitas Health, you help more people get quality, lower cost, affirming healthcare and social services in your community and throughout the region. Thank you for your commitment to community health!

Make a Donation about Your Gift Makes a Difference